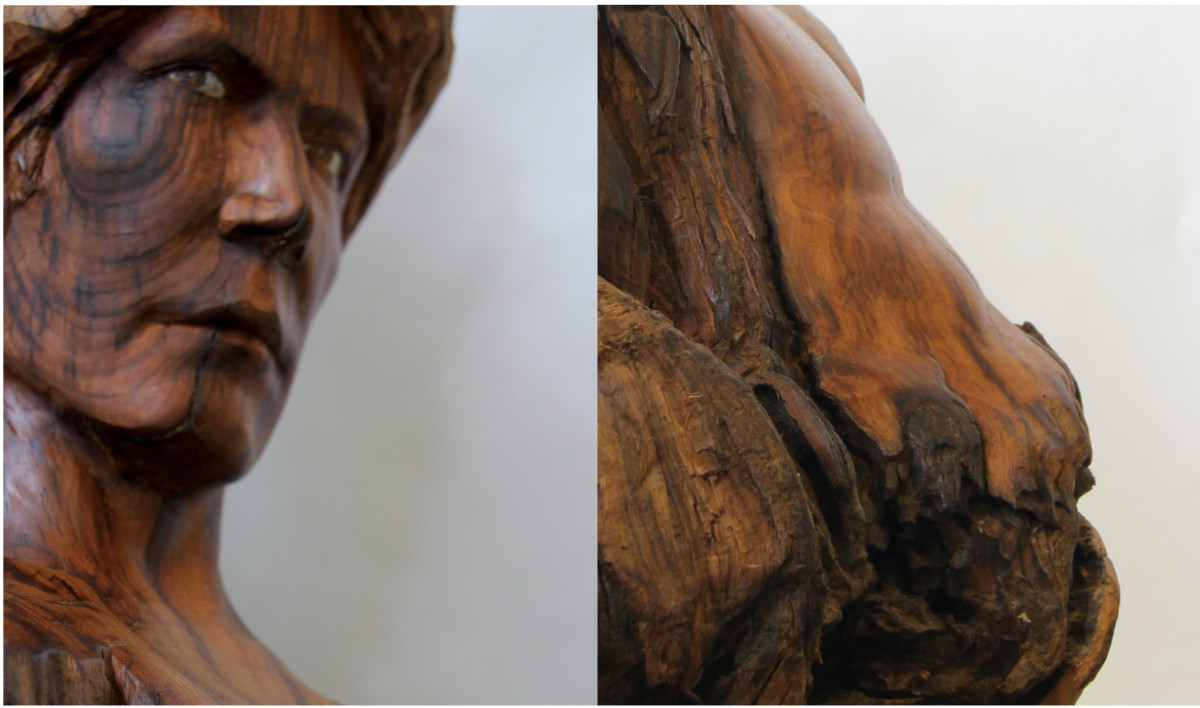 From June 14 until July 5, 2019, the artist Simon Rauter will be exhibiting his works at the Galerie Prisma in Bozen/Bolzano.

His works center around the ambivalence of creation as typified by three shapes: Abstract shapes embodied by wooden sculptures that rise like columns or hang from the wall. Figurines of wood depicting human forms emerging from an amorphous mass. The stone sculptures are fragments – fragments of a greater whole. Special details of the human surface… abstract shapes forming an enclosed whole.

The wooden figures represent the actual heart of the exhibition. They are amorphous shapes from which human forms emerge. Usually, only a head or another body part breaks through the surface. They are snapshots. Each face reflects the subject's inner state of mind. They afford a glimpse into a hidden spiritual dimension: Writhing, torn, cruel, and at the same time beautiful.

Works in unfired clay, in an unstable condition are shown in the second part of the exhibition and demonstrate the relationship between the sculptor and his works. The sculptor's gestures, gesticulations, and fingerprints are displayed in the sculptures' surfaces and shapes.

The clay sculptures are metaphors for the predestination of Man. Man is limited in his freedom of action. Wishes and yearnings are influenced by external factors. Free will is an illusion – even in a globalized world.

The raw material of the sculptures is neatly portioned clay. The basic square shape of the raw material is still quite recognizable. With fingers, hands, and feet – the entire body – the sculptor penetrates the clay. With his own body, he shapes and forms the image of a human or only imperfect parts of one. These sculptures reflect the creator's conflict and the despair during the creative process.

1981: Born in Brixen / Bressanone. Lives and works in Feldthurns/Velturno.

2000-2006: Study of Civic Engineering at the Technical University of Graz

Since 2017: Instructor at the Geisler-Moroder Sculpting School in Elbigenalp, Tyrol